(No Buy/Sell or Productions Allowed)

2023 Rules for Juried and Craft Sections

Note: You will need the Free Adobe Acrobat to read these documents.

DOAF has adopted the Atlanta/Maitland Scoring System.
Artists work will be judged on their Originality, Presentation & Execution.
Artwork no longer leaves the artists booth. 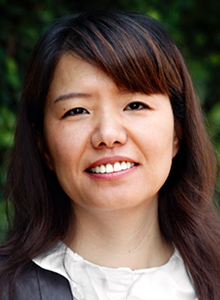 Born and raised in South Korea, jeweler and metalsmith Jay Song immigrated to the United States in 1997 to attend the Savannah College of Art and Design (SCAD), where, in 2000, she obtained her M.F.A. in metals and jewelry. Her excellence in the studio, however, was recognized early on, and she was retained as full-time professor there in 1999, a full year prior to earning the required advanced degree. In 2009, she was named Department Chair, Jewelry, placing her in the upper echelons of art education worldwide at arguably the finest art school in the country.

Working primarily in sterling silver, her work has been exhibited extensively at home and abroad. Herjewelry, at once ceremonial andfunctional, has been featured in several periodicals, including Metalsmith magazine, as well as two textbooks (21stCentury Jewelry: The Best of the 500 Series; and The Ring). In 2012, she was awarded the prestigious Art Educator of the Year Award by Niche magazine, after having been nominated no less than three times prior. She has received SCAD’s Presidential Fellowship Award, and, more recently, a Presidential Scholarship.Ms. Song’s publications and presentations are numerous, and include multiple Visiting Lecturer posts in South Korea, China, Mexico, and other colleges and universities in the U.S. Her students have been invited to exhibit at the Smithsonian in Washington six times in the last ten years,further testament to her stature on the world stage of art education. Ms. Song calls Savannah home. 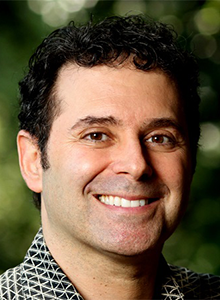 In 2022, John Kaplan capped a twenty-year career asProfessor of Photography, Design, and Journalism at the University of Florida, winning award after award along the way, not only for his own work, but also for the work of his students.As a member of the Accrediting Council on Education in Journalism and Mass Communications, the organization responsible for the evaluation of college journalism and mass communications programs, he guided his students to success after success, while also influencing the success of other such programs across the country.

Mr. Kaplan won the Pulitzer Prize in 1992 for Feature Photography while working forThe Pittsburgh Press. In addition, he has twice served as Pulitzer Prize juror and has twice won the Robert F. Kennedy Award for Outstanding Coverage of the Disadvantaged. Additional accolades include winning the Overseas Press Club Award, and the award for being the National Newspaper Photographer of the Year in Pictures. His academic honors include being named a Fulbright Scholar and the UF International Educator of the Year. He currently holds the title of Professor emeritus.

The reputation of his student photography program at Florida is considered to be among the finest in the nation. In 2001 and 2002, UF photojournalists won what is considered to be the Pulitzer Prize of collegiate journalism, the William Randolph Hearst national championship. He is also a filmmaker andexperienced art show juror. Mr. Kaplan resides in Gainesville, FL, with his wife and two children.